Please enable JavaScript to use this site.

This Event has already passed.

The 2019 American Documentary Film Festival
Father K, USA, 34min. / While I Breathe, I Hope, USA, 75min.
Time remaining to complete your purchase.
After this time, the reservation we're holding will be released to others.
Tickets
Photo Gallery 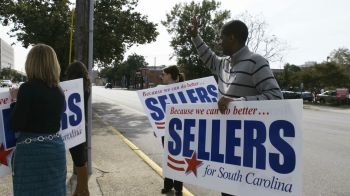 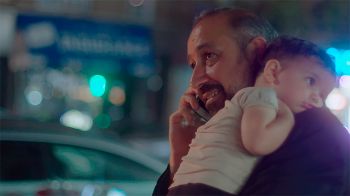 When Palestinian Lutheran Pastor Khader El-Yateem decides to run to become NYC’s first Arab American elected official in his conservative Brooklyn neighborhood, he does what no one thinks possible, igniting his marginalized community’s hopes and dreams. In the election’s aftermath, an unforeseeable blow threatens the foundation of the movement they started, and the community finds their newfound optimism tested to its limit. Father K must face the realities of what it takes to build lasting power in a divided America, but through it all, his voice emerges as funny, bold, and defiantly hopeful — a bridge-builder in a polarized time.

In 2014, Bakari Sellers–one of the youngest sitting members of the South Carolina House–campaigns to be the first African American elected to statewide office since the 1870s. He runs for Lieutenant Governor, the second highest office in the state. The son of Cleveland Sellers, a prominent 1960s Civil Rights activist who was a leading member of SNCC, Bakari understands the difficult race relations in the American South. “Our race is not about what South Carolina was, it’s not about what South Carolina is, but it’s about what South Carolina can be,” he says. But as a Democrat in a red state, Bakari has a tough race ahead. News media consistently place Bakari behind his Republican opponent, Henry McMaster. Bakari doesn't help his electability among white voters when he makes removing the Confederate Flag part of his campaign platform. But he refuses to give up. “I can’t win if I don’t run,” he states.

Check out our FAQs, or feel free to contact us.

I have a question for Customer Service about an event, tickets, or orders.

I have a question for Tech Support about a technical issue with the site.